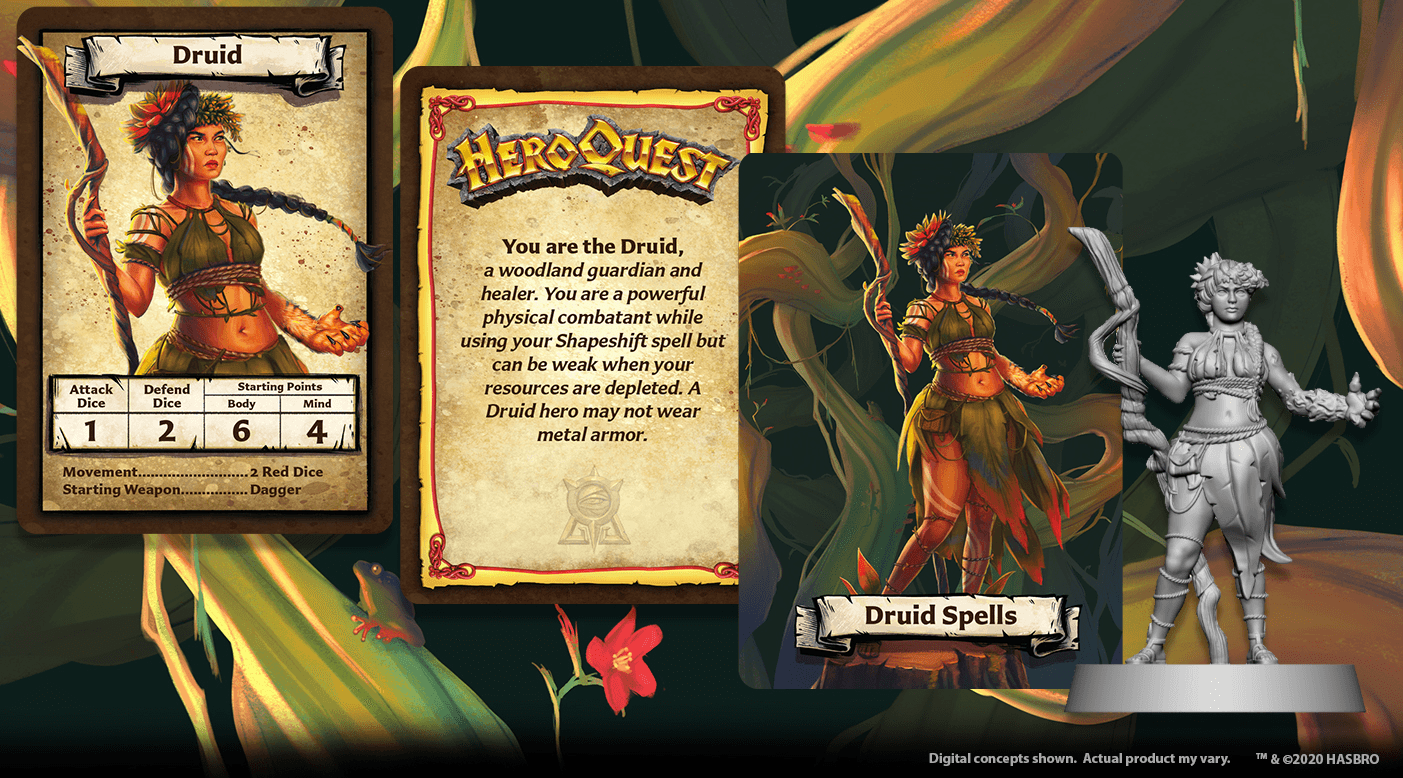 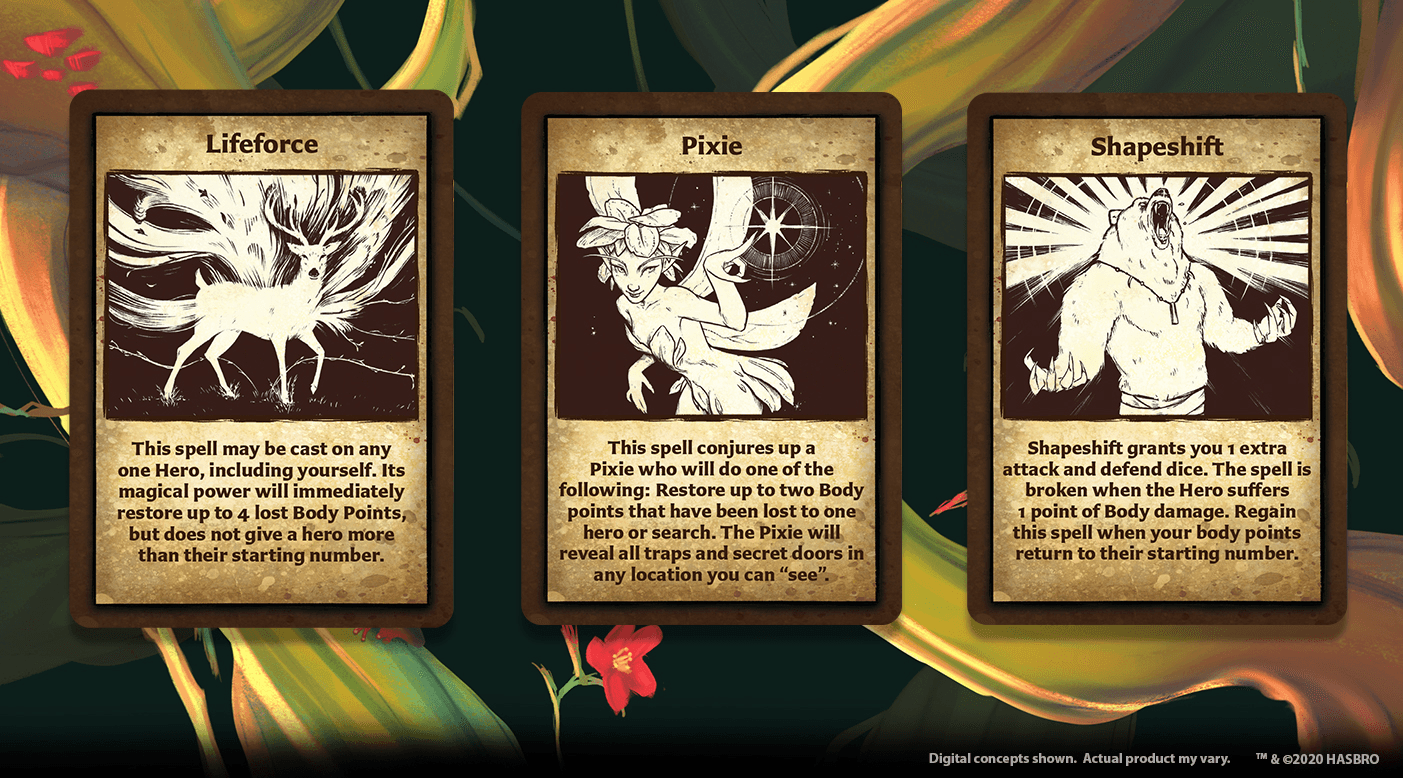 In popular culture, druids are known to cast nature spells, heal and defend their allies in the form of savage beasts. Nikki Dawes’s art features a tiger-like arm and claws, which inspired me to endow this new hero with a shapeshifting spell. I want our Druid to be situationally comparable in power to the Barbarian, but at the cost of their action economy and resources. I’m continuing to explore the idea that there is a condition that would allow you to recover a spell – for example, Shapeshift for this hero – that you have already cast.

You are the Druid, a woodland guardian and healer. You are a powerful physical combatant while using your Shapeshift spell but you can be weak when your resources are depleted. A Druid hero may not wear metal armor.

The Druid has comparable statistics to the Elf. They can use most weapons in the game but their armor is limited. They will rely of their own spells and the spells of their allies to keep them healthy.

The illustrations above are the game art for the Druid’s three spells:

Shapeshift grants you 1 extra Attack and Defend dice.   The spell is broken when the hero suffers 1 point of Body damage. Regain this spell when your Body Points return to their starting number.

This spell conjures up a Pixie who will do one of the following: Restore up to two Body points that have been lost to one hero or search. The Pixie will reveal all traps and secret doors in any location you can "see."

This spell may be cast on any one hero, including yourself. Its magical power will immediately restore up to 4 lost Body Points, but it does not give a hero more than their starting number.

The idea here is that the Druid can fulfil a melee protector role in their quest with the use of their Shapeshift spell. Hopefully they can regain this spell with a combination of spells, potions, and teamwork.

What do you think? Cast the Far Voice spell and let us know… or just tweet us @HeroQuest