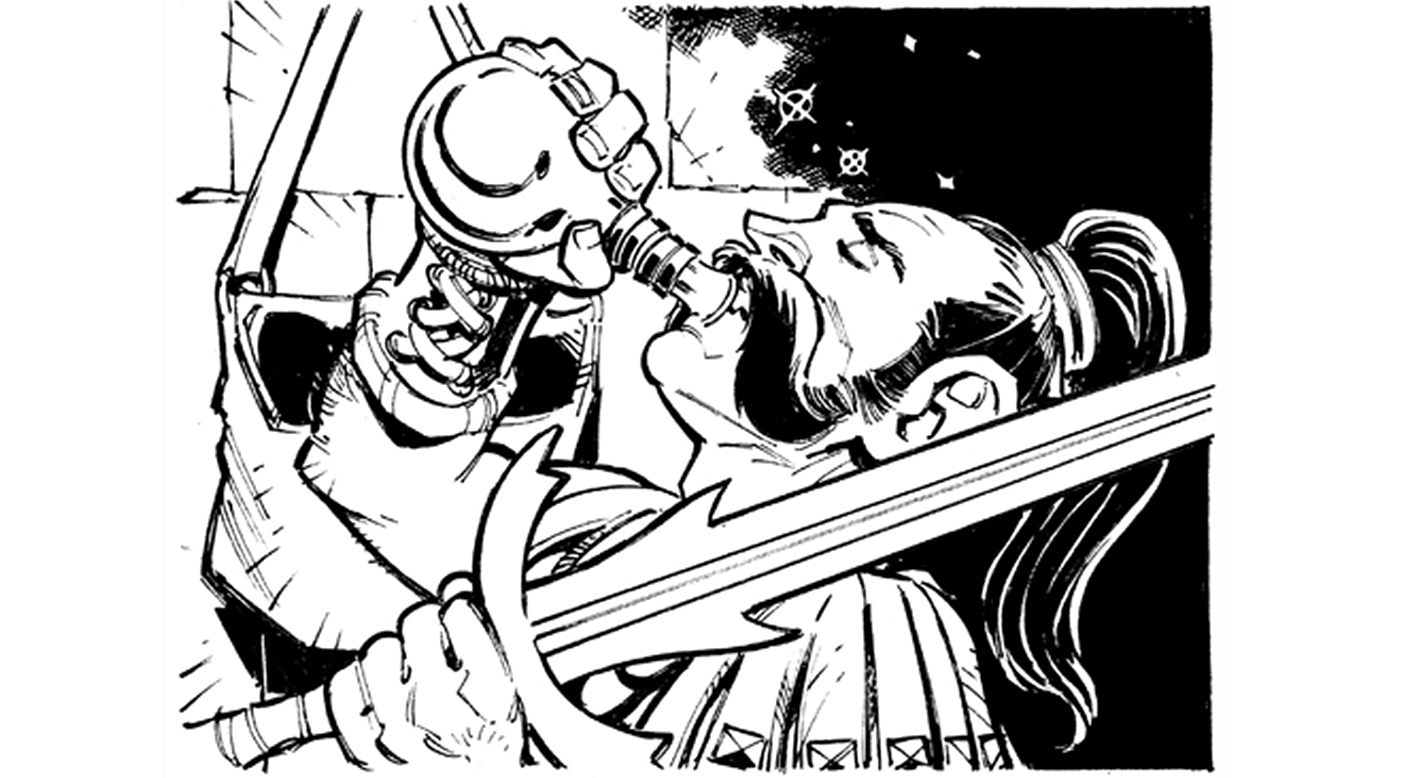 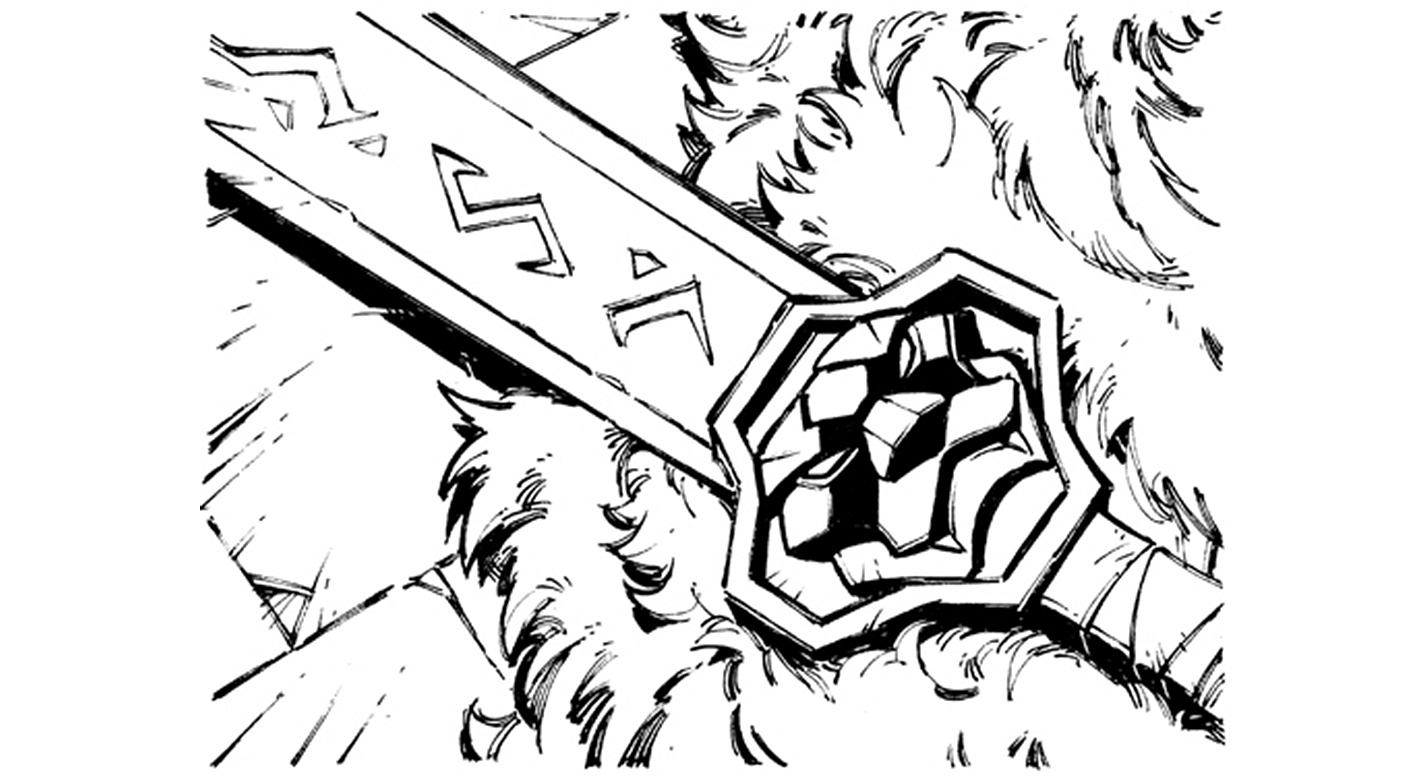 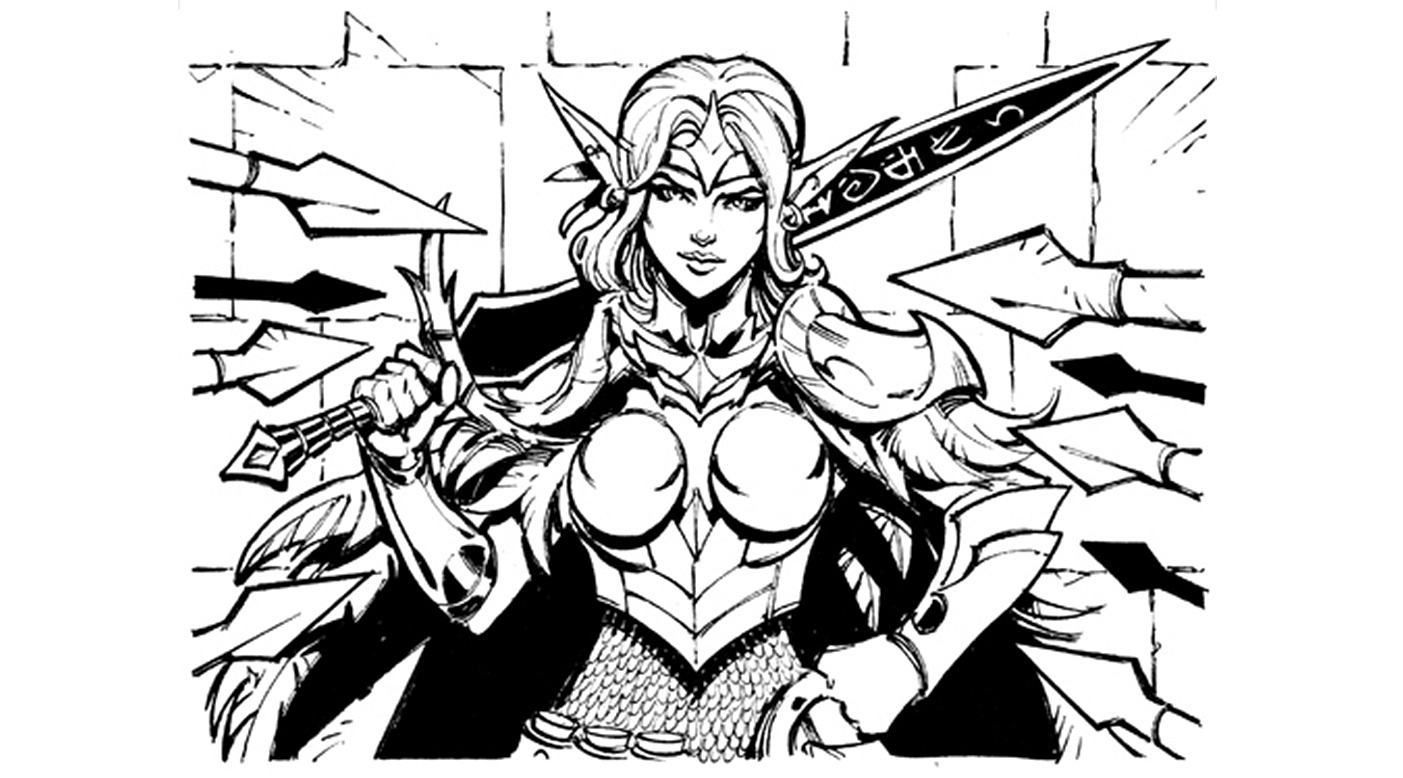 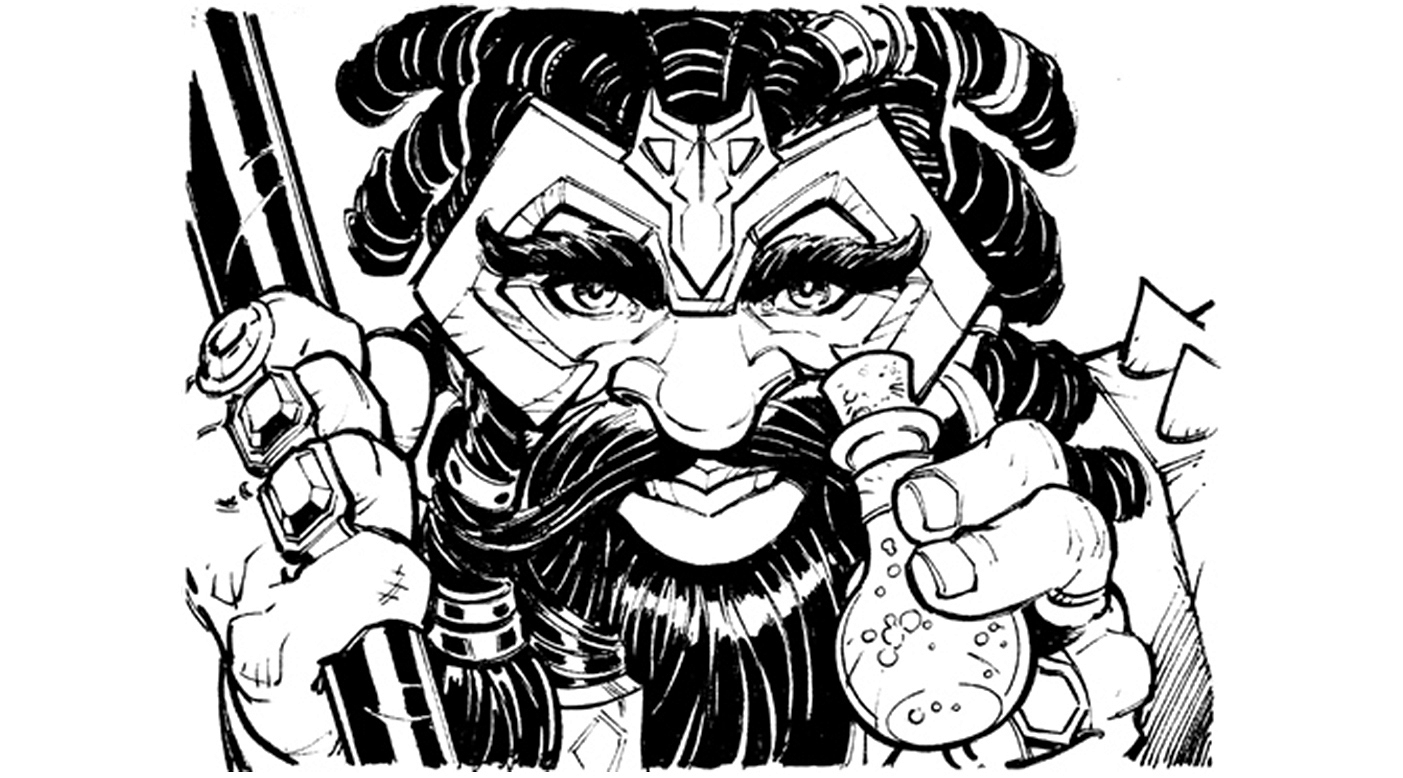 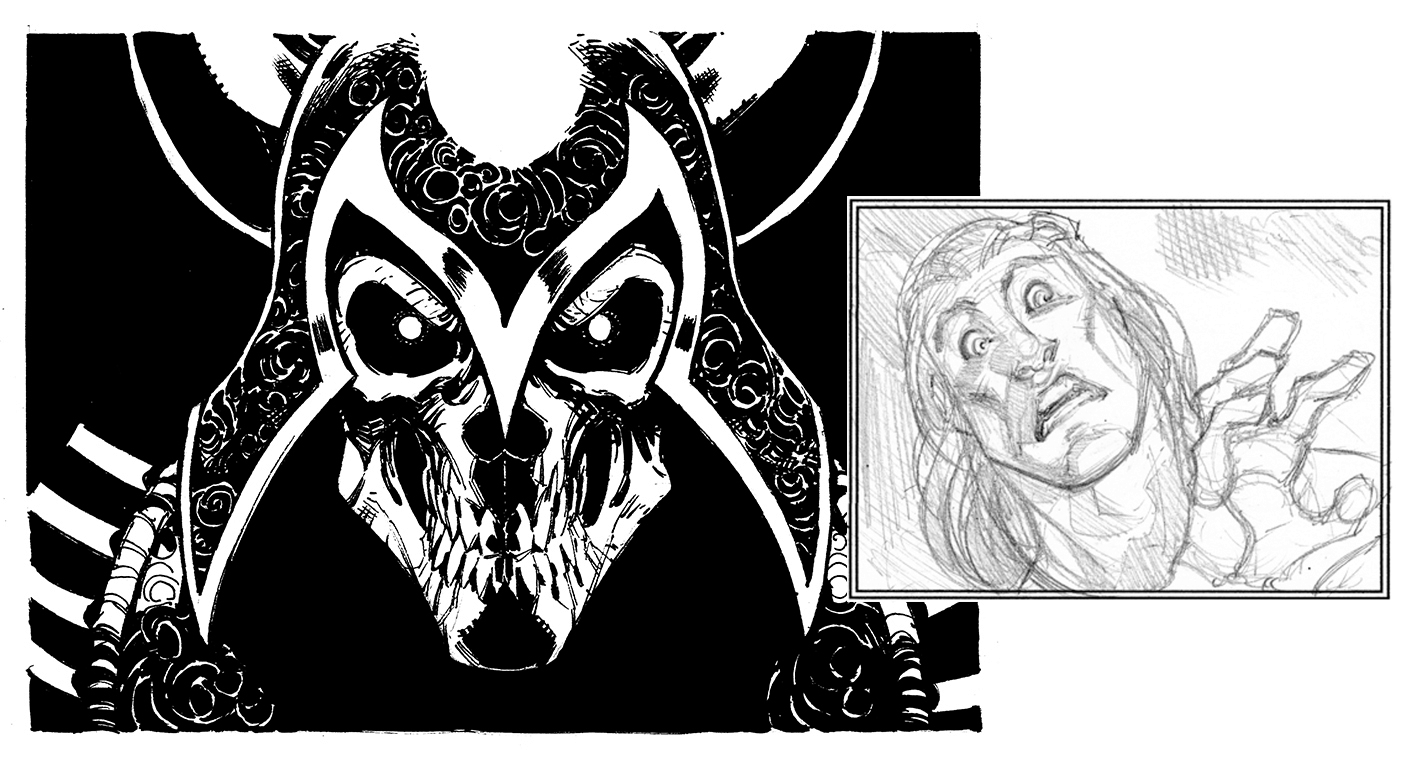 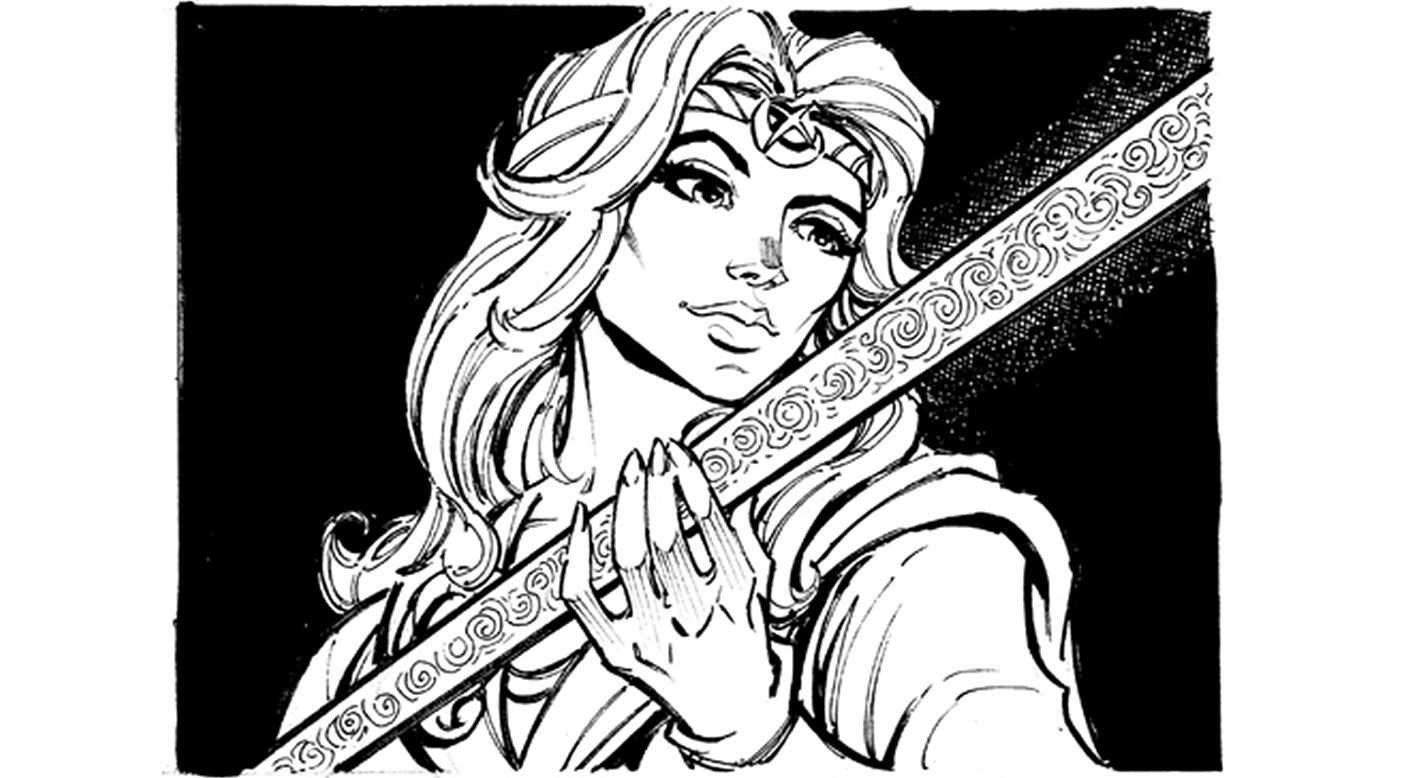 When looking for an artist for our HeroQuest game relaunch, we enlisted creators whose art we felt would look great on game materials, as well as communicate the magic and wonder of our HeroQuest world for both existing and new fans of the game. We knew Max Dunbar’s unique style and bold line strokes would be well suited to the task!

“I was so incredibly excited and honored at the opportunity to work on the new HeroQuest game. When drawing the artwork for the cards, it was done with a great deal of reverence to the stunning work in the original game. We tried to keep the spirit of the original, so that artwork was referenced when coming up with the visuals for the new version of each card. Oftentimes, it was just a matter of taking those original ideas and reworking them to fit a bit of a new aesthetic, or updating the characters shown. All the work was first done as a loose pencil sketch to figure out the best way to convey the card’s subject matter. We sometimes went through a few rounds of revisions or changed the idea entirely. Once the idea was approved, I drew over the pencil sketch in ink, to refine the drawing to its finished state.”—Max Dunbar

The sketches above highlight our new characters in game art:

Originally, we requested that our barbarian be the target of a Dread spell, Fear. However, we decided to change the point of view after seeing the spell illustrated!

In the original US version of the HeroQuest game, all equipment was found on the armory board. We decided to use cards for our armory so heroes could always have their equipment cards available for easy reference.

Max illustrated a broadsword above, which is the same lion-hilted blade that the barbarian wields on the front of the HeroQuest game box.

Another adjustment we made was to the Spirit Blade card. In the original art, the weapon was waved at a goblin. Since this sword excels at destroying the undead, we asked Max to change the target of the sword’s wrath to a skeleton.

When not working on HeroQuest, Max can be found at his other job—drawing comic books. In his time off, he loves to play Dungeons & Dragons, or hang out with his wonderful wife Claire, and their two cats, Barney and Lloyd, in beautiful Vancouver, Canada.

Comments?   Cast the Far Voice spell and let us know… or just tweet us @HeroQuest